If you’re thinking about becoming a truck driver, you may wonder, “Do truck driving schools drug test?” The answer is yes. All prospective drivers must pass a Department of Transportation (DOT) pre-employment drug test before operating a commercial motor vehicle (CMV).

Because commercial motor vehicles are often large and challenging to operate, it is imperative that truck drivers remain sober and alert while driving. By screening for marijuana, cocaine, opiates, amphetamines and methamphetamines, and PCP, trucking schools ensure that their prospective drivers will not endanger themselves or others while on the road. Drug testing ensures that the drivers operating large motor vehicles are alert, aware, and unimpaired, keeping both truckers and other motorists safe while on the road.

Before you can get behind the wheel of a commercial motor vehicle, you must pass a pre-employment drug test offered by a truck driving school or an employer. Truck driving schools like TDI perform these tests before you even join their training programs, ensuring that all potential drivers are drug-free. This rule applies to those with a commercial driver’s license (CDL) or a learner’s permit.

Once you are admitted to a CDL program, you should expect random drug tests throughout the year as well, ensuring that you and other drivers remain sober and unimpaired year-round. Additionally, whether you are a trainee or a licensed driver, you are sure to be drug tested after any and all trucking accidents. These measures ensure that illicit substances have no place in the trucking world, protecting you, other drivers, and company property. To keep yourself and others on the road safe, the DOT requires many transportation employees to take drug tests. For the past few decades, the Federal Motor Carrier Safety Administration has administered DOT rules for any driver with a CDL.

Do Truck Driving Schools Drug Test? Everything You Need to Know

Even though some states have legalized marijuana for both medical and recreational uses, the US Department of Transportation (DOT) prohibits marijuana use on a federal level. This means that even if you have legally obtained marijuana in your system, you cannot drive a commercial vehicle. However, there are some exceptions for prescription drugs. If your doctor has prescribed you the medication and attested that it will not affect your driving ability, you will not be penalized. But remember, it is important to tell your driving school about any medications you’ve been prescribed so they don’t suspect you of illegal activity.

Additionally, these tests also flag blood alcohol content over 0.02%, which means that it’s crucial that drivers have not had even one drink before testing.

While the DOT requires that driving schools and trucking companies test for these substances, some employers may check for the use of other drugs.

When and How Do Truck Driving Schools Drug Test?

One of the first things people want to know is when they’ll have to take drug tests when working as a truck driver. Employers must receive a negative DOT-approved test result before allowing a driver to operate a CMV on public roads.

But that’s not the only time drivers are tested for drug use. Once you’re on the job, employers must give tests at random to employees throughout the year to make sure that truck drivers remain drug-free.

CMV drivers are also subject to testing following accidents, depending on the type of crash and whether or not an official citation was given to the driver, and if there’s reasonable suspicion that the driver has been drinking or using drugs while working. 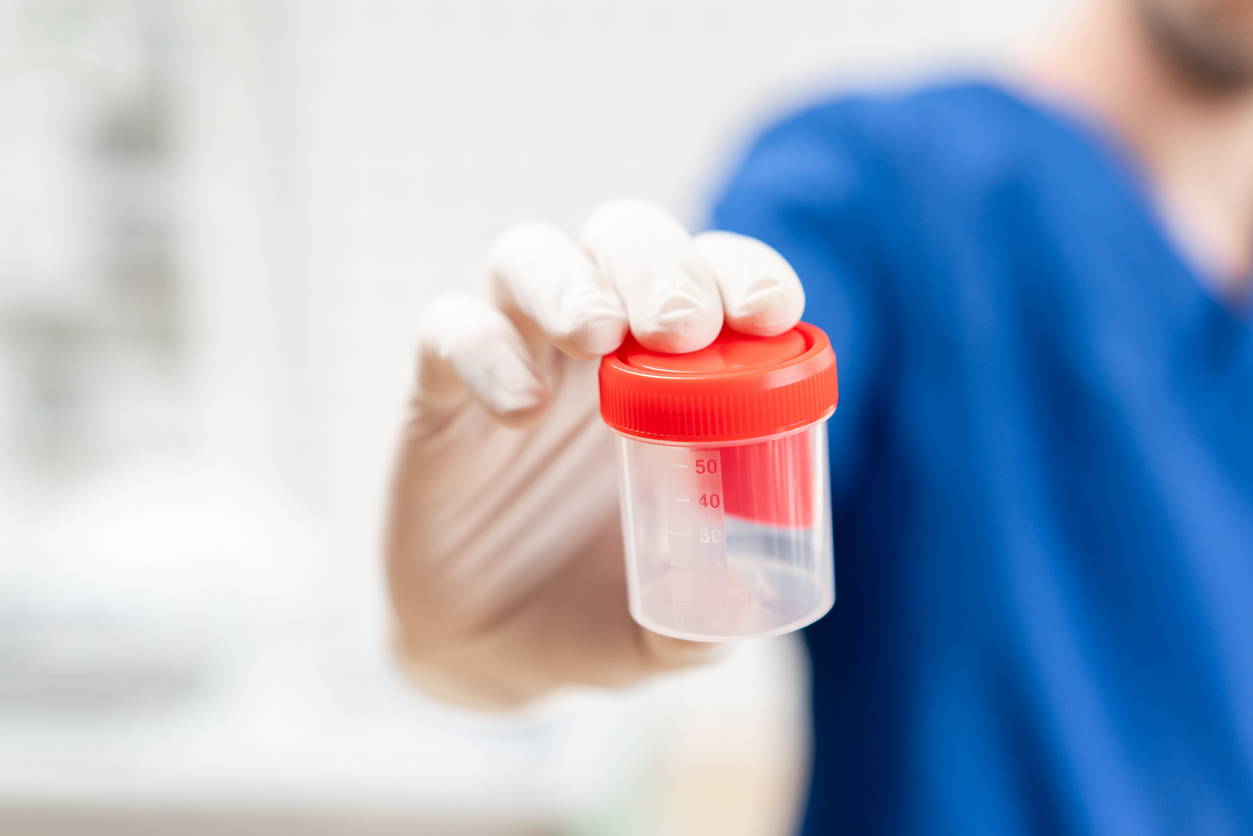 There are a few different drug tests performed by truck driving schools, the most common of which is the urine test

While there are several different types of drug tests, the DOT currently requires urine-collection tests prior to employment as a driver of a CMV. At an authorized collection site, new drivers are required to verify their identity with a valid photo ID and provide a urine sample into a collection container.

During a urine test, you are expected to produce a pee sample in a specimen container. After handing the container off to the attendant, the urine sample will be screened for illicit drugs and prescription medications.  Collection-site staff will then check the color and temperature of the urine and seal the sample in two bottles with tamper-evident tape. Each bottle is tested with a different method, and the test is reported as positive only if both tests return a positive result. If your tests come back positive, you will not be allowed to continue the program and receive your CDL. So, if you are flagged for a substance you have not consumed, be sure to request a follow-up test immediately.

While hair follicle testing is less common than urine testing, it can detect drug usage from up to three months back. This makes it far more reliable than a urine test. And while hair follicle drug testing cannot be used to meet federal requirements for truck drivers, employers can use this type of test for their own prerequisite for work. However, hair follicle tests are much more expensive than urine tests, making them less common. Traces of illegal substances from up to 90 days ago can appear in these drug tests.

In 2015, the Fixing America’s Surface Transportation (FAST) Act included a provision that allowed for the Department of Health and Human Services (DHS) to create guidelines so that the DOT could accept hair follicle testing as an approved method in addition to urine testing. And just last year, legislation passed directing DHS to move forward with a plan to provide those guidelines.

The push for hair follicle tests follows a push by trucking companies to crack down further on drug use and improve highway safety, as follicle tests cover a longer period of time. However, moves to replace urinalysis with hair testing has been controversial, and some critics have pointed to inaccuracies and biases in the process.

What Happens If I Don’t Pass My Truck Driving School’s Drug Test?

But what happens when a driver doesn’t pass a drug test, either before or during employment? That employee is required to immediately stop driving CMVs and must participate in the DOT’s return-to-duty process, which includes frequent testing and monitoring by a substance abuse professional. The process takes twelve months and makes getting a job during that time period extremely difficult and unlikely.

Return-to-duty testing is required of those who test positive for drug or alcohol use and of anyone who refuses to take a DOT-mandated drug test.

Additionally, drivers who return a positive drug test will be reported to the Drug and Alcohol Clearinghouse, an online database maintained by the Federal Motor Carrier Safety Administration (FMCSA). This database gives employers and state agencies important info about trucker drug and alcohol violations. All employers are required to check the Clearinghouse list before hiring a new driver, and if your name is on the list, some companies may refuse to hire you.

How Do Truck Driving Schools Drug Test at TDI?

Because safety is so important, getting tested for drug and alcohol use is a routine part of being a truck driver. On the road, you’re not only responsible for yourself, but for the safety of other drivers as well as your cargo. That’s why, in addition to classroom and driving-range instruction, TDI provides a drug screen and DOT physical exam—to get you prepared for work on the road.

It’s important to know when, why, and how truck driving companies give drug tests so that you’re ready to go as soon as you get your CDL.

Give us a call if you have any questions about TDI or if you want to enroll today.